It would be an unlikely occurrence that, after an enthusiastic drive on your favourite B-road, you’d emerge from a Volkswagen Golf R and accuse it of being a bit slow. Or a bit underpowered. Or a bit wanting in terms of its outright performance. That’s not really the sort of impression a hatchback with 296bhp, 295lb ft, four-wheel drive and a 0-62mph time of 4.6sec tends to leave. But that hasn’t prevented M52 from stepping in to spice things up anyway.

The M52 brand is a new one, the product of a transatlantic collaboration between Mountune and Fifteen52. You will probably have heard of the former: the Essex-based tuner is famed for taking fast Fords and making them even faster. The latter, meanwhile, is an American company best known for its sharp-looking bespoke wheels. If you follow the comings and goings of Hoonigan Ken Block or self-styled 'urban outlaw' Magnus Walker, you’ve probably spied some of its work. 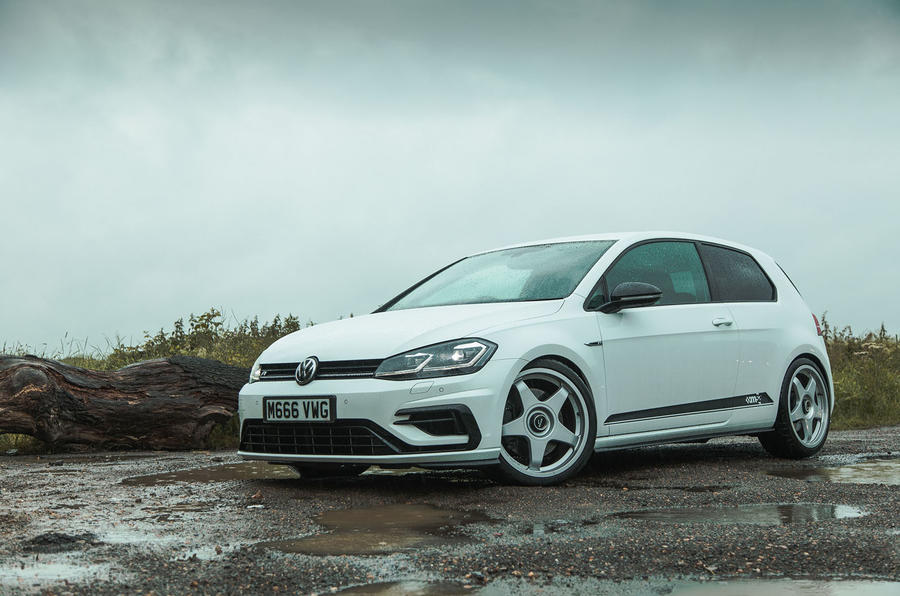 Anyway, M52's is focus is the enhancement of Volkswagen Group cars. Apparently, there’s quite a large market for fast, modified Volkswagens in the States, so the collaboration presented a good opportunity for Mountune to increase its profile across the pond. At the same time, the reverse is true for Fifteen52 in the UK. Sounds like a win-win situation.

So, how does it work? Well, Mountune provides the performance-related tuning knowhow and Fifteen52 brings the additional styling flare. The Golf R M52 you see here is the first result. While you can make your own mind up on the aesthetic changes that have been introduced to the car, it’s the Stage 1 performance upgrade package that we’re really interested in. It’s effectively an ECU remap that, among other things, boosts power and torque to 355bhp and 369lb ft. That’s quite something. On dual-clutch automatic-equipped cars, it also remaps the TCU for even faster shift times. 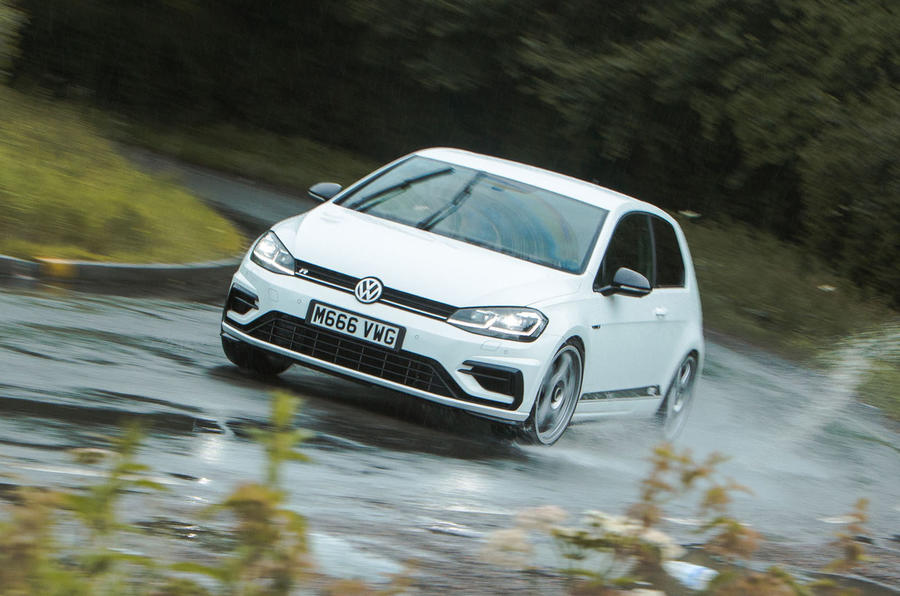 In addition to the remap, M52 also suggests you fit its X3 high-flow induction system, which our car duly had. It also had custom springs, a prototype sport damper kit, uprated brakes, Michelin Pilot Sport Cup 2 tyres, 19in alloys and some wonderfully tactile custom paddleshifters. Such are the joys of car modification.

The Golf R M52 is very, very quick, although the manner in which it delivers acceleration differs to that of the standard car. Where the engine therein is impressively flexible and willing to pull in a linear fashion from quite low down in the rev band, the M52 version feels a bit more like a turbocharged motor from the old school.

Put your foot down at 10mph or so in second gear and things take a moment to really wind up. Progress at this point seems quite sedate, but as soon as the boost has built and the tacho needle has strayed above 3000rpm, the surge of torque that suddenly pushes you down the road is nothing short of hilarious. This does mean you have to be a bit warier of keeping the revs and the boost built when threading down a winding stretch of country road, but the level of engagement this brings is a welcome trait. So too is the accompanying soundtrack, which comes courtesy of a titanium Akrapovič exhaust (a Volkswagen-supplied option). 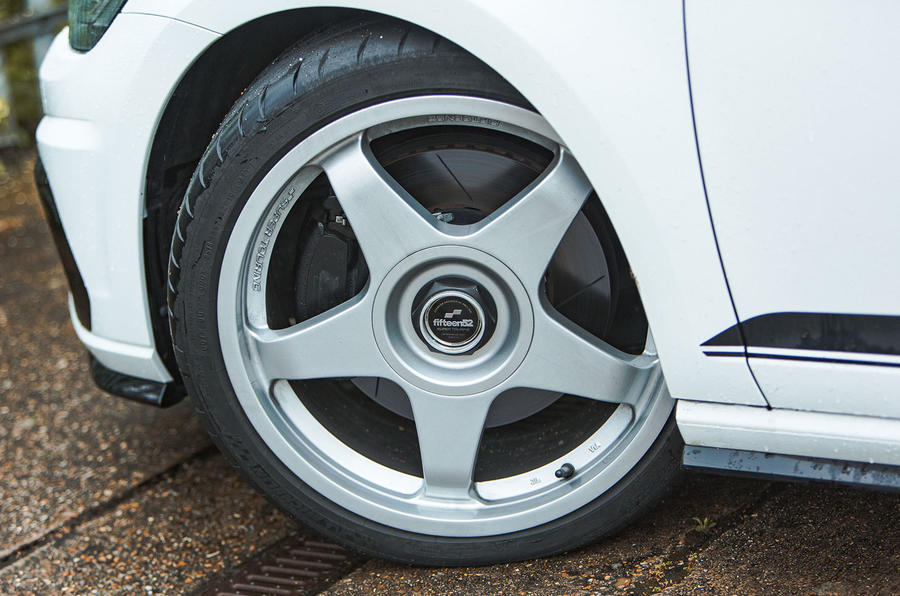 There is, of course, a risk that by fiddling around with the Golf R’s suspension, you’ll ruin one of its main points of appeal: its everyday usability. Next to the Renault Mégane RS with its Cup chassis or even the Honda Civic Type R, the Golf R stands out as a civilised and largely refined take on the superheated hatchback. One that won’t drive you to distraction with a fidgety, animated ride when you’re just trundling about.

So it’s seriously impressive, then, that even with its lowered ride, the Golf R M52 remains just as pliant and easy to get along with. The sometimes-battered country lanes that made up our Essex test route didn’t shine a light on a ride that was overly agitated or excitable, while it was only the largest, sharpest intrusions that really made themselves felt.

Should I buy one?

The price of the regular Golf R starts at £35,495, so you’d have to be a fairly committed sort to fork out that sort of money just so you could then get your hands on the Stage 1 upgrade. If, however, you’re already the proud owner of one of Wolfsburg’s finest and aren’t too fussed about voiding the remainder of its warranty, £1194 (that figure includes the X3 induction system) seems like a small price to pay to elevate its performance even further. 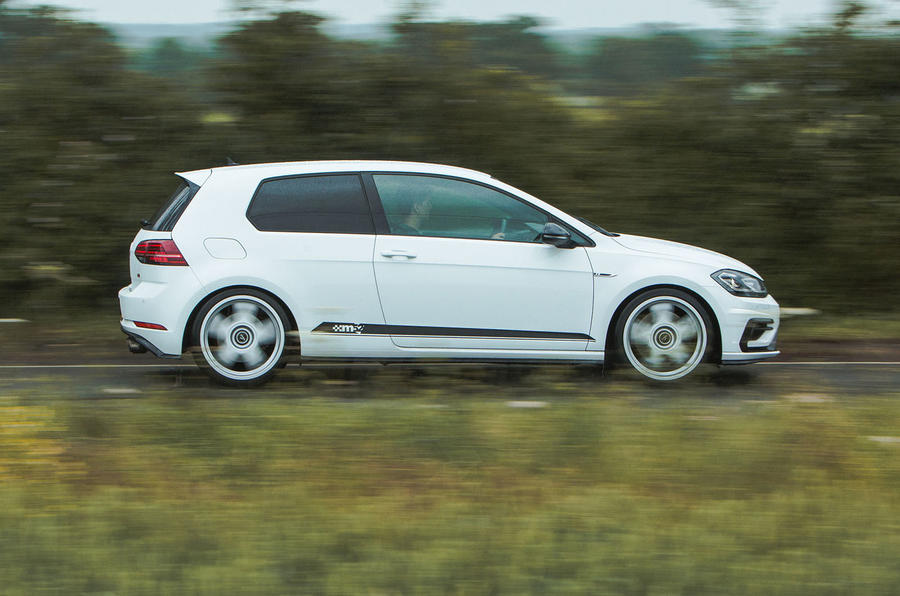 The remap is delivered by an mTune handset, which also includes a return-to-stock option. So not only is it an easy modification to make, but if for some reason you decide you’ve had enough of 355bhp and 369lb ft, it's also easy to dial everything down again. Not that it's likely you’ll want to.